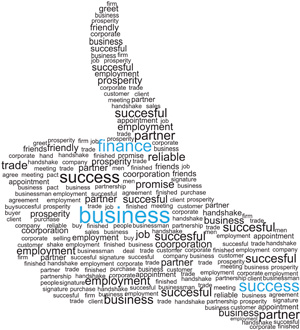 During the fourth quarter of 2012, there were many important federal tax developments. This letter highlights some of the more significant developments for you. As always, give our office a call or email if you have any questions.

On January 1, 2013, Congress passed the American Taxpayer Relief Act (ATRA). After months of negotiations an agreement between Congressional leaders and the Obama administration finally culminated early on New Year's day. The new law extends permanently the Bush-era tax rates for individuals except for taxpayers with taxable income above $400,000 ($450,000 for married couples filing a joint return and $425,000 for heads of households). Income above these thresholds will be taxed at 39.6 percent, effective January 1, 2013. ATRA also increases the maximum tax rate for qualified capital gains and dividends from the Bush-era rate of 15 percent to 20 percent for higher income taxpayers. The 20 percent rate will apply to the extent that an individual's income exceeds the thresholds for the 39.6 percent rate ($400,000 for single individuals, $450,000 for married couples filing jointly and $425,000 for heads of household). Additionally, ATRA permanently "patches" the alternative minimum tax (AMT), among its many other changes to the Tax Code. CCH Federal Tax Weekly No. 2, January 10, 2013.

NII, the IRS explained, includes interest, dividends, capital gains, passive trade or business income, rents, and royalties, among other items. The IRS also explained some exceptions. The NII surtax generally applies to the lesser of NII or the amount of modified adjusted gross income above a threshold amount ($200,000 for single taxpayers, $250,000 for married couples filing a joint return, and $125,000 for married couples filing separate returns).

The 2010 health care reform legislation increased the employee-share of Medicare tax for wages received above certain threshold amounts in any tax year after December 31, 2012 by 0.9 percent. The threshold amounts are $200,000 for single taxpayers, $250,000 for married couples filing a joint return, and $125,000 for married couples filing separate returns. An employer's withholding obligation applies only to the extent that the wages the employee receives from the employer exceed $200,000 in a calendar year.

The Treasury Department unveiled its second model agreement (Model Agreement II) to implement the Foreign Account Tax Compliance Act (FATCA). Under Model II, foreign financial institutions will report directly to the IRS about U.S.-owned accounts, supplemented by the exchange of information between the foreign government and the U.S. The first model agreement (Model Agreement I) generally establishes a framework for reporting by foreign financial institutions to their respective governments, followed by the exchange of information under a tax treaty or other agreement. CCH Federal Tax Weekly No. 47, November 21, 2012.

In November, the IRS announced that it would delay to tax years beginning after 2013 the application of temporary regulations on the capitalization of expenditures relating to tangible property. Nevertheless, businesses may elect to come under the new rules immediately if they find them more favorable in certain circumstances. The IRS and Treasury expect to issue final "repair" regulations in 2013, also with an effective date of 2014. The repair regulations not only explain how to distinguish a currently deductible repair from a capital expense, but also include some important guidance relating to depreciation under the Modified Accelerated Cost Recovery System (MACRS). CCH Federal Tax Weekly No. 48, November 29, 2012.

The IRS issued proposed reliance regulations on the Code Sec. 4980H employer shared responsibility provisions ( "employer mandate") under the Patient Protection and Affordable Care Act (PPACA). Under the employer mandate starting in 2014, any business classified as a "large employer" will be subject to a shared responsibility payment (an assessable penalty) if, in effect, it offers no insurance or insurance that is not of a specified minimum value that is affordable to one or more lower-income full-time employees.

Many areas of the United States experienced severe drought conditions in 2012 and the IRS updated its livestock replacement guidance in October. Taxpayers in over 40 states may be eligible for relief under the guidance. CCH Federal Tax Weekly No. 40, October 4, 2012.

The U.S. Supreme Court announced in December that it will take up a challenge to the federal Defense of Marriage Act (DOMA). The Supreme Court will review an estate tax case (Windsor, CA-2, October 18, 2012), in which the Second Circuit held that a surviving same-sex spouse was entitled to the estate tax marital deduction. The IRS previously reiterated on its website in October that it must follow DOMA until the law is repealed or is struck down. CCH Federal Tax Weekly No. 42, October 18, 2012; CCH Federal Tax Weekly No. 50, December 13, 2012.

The IRS awarded $2 million to a Wall Street whistleblower who exposed a corporation's multi-million dollar tax evasion scheme. The Tax Code authorizes the IRS to reward individuals – whether employees, contractors or others – who provide information about tax evasion. The IRS is expecting the uptick in recent claims to continue. CCH Federal Tax Weekly No. 41, October 11, 2012.

The Treasury Inspector General for Tax Administration (TIGTA) cautioned in November that tax-related identity theft is a growing problem. TIGTA also reported that the IRS is using new tools to combat identity theft, such as filters to detect returns that have been filed with stolen identities. According to TIGTA, the IRS prevented the issuance of over $6 billion in fraudulent refunds in 2012. CCH Federal Tax Weekly No. 46, November 16, 2012.

IRS Commissioner Douglas Shulman completed his five-year term on November 9, 2012. Shulman, who was appointed by President Bush, was responsible for guiding a number of initiatives at the IRS, including offshore voluntary disclosure programs, the return preparer oversight program and the agency's continuing business systems modernization activities. Until President Obama nominates a new Commissioner, and the Senate approves him or her, IRS Deputy Commissioner Steven Miller is serving as Acting Commissioner. CCH Federal Tax Weekly No. 42, October 18, 2012; CCH Federal Tax Weekly No. 46, November 15, 2012.

If you have any questions about these or any other federal tax developments, please contact our office.

Marrs Bergquist, CPAs is a boutique accounting firm offering the highest level of service and professionalism to a diverse client base. Our firm works with small to medium sized business owners to optimize their profit potential and provide them accurate and timely compliance with federal and state governments. Please contact us for a personal assessment to determine if we can assist you and your business.